Harry Potter and the chamber of secrets

Excellent Jim Dale is fantastic playing all the characters in the book. You will enjoy this for yrs. Read full review

J. K. (Joanne Kathleen) Rowling was born in Gloucestershire, U. K. on July 31, 1965. She also writes fiction novels under the name of Robert Galbraith. Rowling attended Tutshill Primary and then went on to Wyedean Comprehensive where she was made Head Girl in her final year. She received a degree in French from Exeter University. She later took some teaching classes at Moray House Teacher Training College and a teacher-training course in Manchester, England. This extensive education created a perfect foundation to spark the Harry Potter series that Rowling is renowned for. After college, Rowling moved to London to work for Amnesty International, where she researched human rights abuses in Francophone Africa, and worked as a bilingual secretary. In 1992, Rowling quit office work to move to Portugal and teach English as a Second Language. There she met and married her husband, a Portuguese TV journalist. But the marriage dissolved soon after the birth of their daughter. It was after her stint teaching in Portugal that Rowling began to write the premise for Harry Potter. She returned to Britain and settled in Edinburgh to be near her sister, and attempted to at least finish her book, before looking for another teaching job. Rowling was working as a French teacher when her book, Harry Potter and the Philosopher's Stone was published in June of 1997 and was an overnight sensation. Harry Potter and the Philosopher's Stone won the British Book Awards Children's Book of the Year, was shortlisted for the Guardian Fiction Award, and received a Commended citation in the Carnegie Medal awards. She also received 8,000 pounds from the Scottish Arts Council, which contributed to the finishing touches on The Chamber of Secrets. Rowling continued on to win the Smarties Book Prize three years in a row, the only author ever to do so. At the Bologna Book Fair, Arthur Levine from Scholastic Books, bought the American rights to Harry Potter and the Philosopher's Stone for the unprecedented amount of $105,000.00. The book was retitled Harry Potter and the Sorcerer's Stone for it's American release, and proceeded to top the Best Seller's lists for children's and adult books. The American edition won Best of the Year in the School Library Journal, Publishers Weekly, Parenting Magazine and the Cooperative Children's Book Center. It was also noted as an ALA Notable Children's Book as well as Number One on the Top Ten of ALA's Best Books for Young Adults. The Harry Potter Series consists of seven books, one for each year of the main character's attendance at the Hogwarts School of Witchcraft and Wizardry. All of the books in the series have been made into successful movies. She has also written Fantastic Beasts and Where to Find Them, Quidditch Through the Ages, and The Tales of Beedle the Bard. She won the 2016 PEN/Allen Foundation Literary Service Award. Rowling's first novel for an adult audience,The Casual Vacancy, was published by Little Brown in September 2012. She made The New York Times Best Seller List with her title Very Good Lives: The Fringe Benefits of Failure and the Importance of Imagination. She published two bestselling fiction novels under the name of Robert Galbraith: The Cuckoo's Calling and The Silkworm. 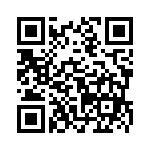