Brian Selznick is a Caldecott-winning author and illustrator of children's books born July 14, 1966 in East Brunswick Township, New Jersey. He graduated from the Rhode Island School of Design and then worked for three years at Eeyore's Books for Children in Manhattan while working on his first book, The Houdini Box. Selznick received the 2008 Caldecott Medal for The Invention of Hugo Cabret. He also won the Caldecott Honor for The Dinosaurs of Waterhouse Hawkins in 2002. Additional awards include the Texas Bluebonnet Award, the Rhode Island Children's Book Award, and the Christopher Award. The Invention of Hugo Cabret will be made into a film by director Martin Scorsese to be released in 2011. Other titles by illustrated by Selznick include: Frindle, The Landry News, Lunch Money, Wingwalker, and Baby Monkey, Private Eye. 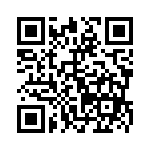