Page 2
The second , the original Elevated Company , began in 1897 the construction of the first elevated line and subsequently , during the period up to the time of the enactment of the Public Control Act , expanded its original road ...
Page 22
Plainly a great portion of the property retired during this period , and included in the charge of $ 35,498,853.45 against the replacement fund , had been acquired and used for some time before Public Control began .
Page 26
It is in no sense attributable to operations under Public Control , and is , in fact , part of the impairment of capital of $ 22,000,000 , which existed when Public Control began . Instead of continuing to distinguish carefully between ... 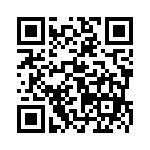