Michael G. Peletz is W. S. Schupf Professor of Anthropology and Far Eastern Studies in the Department of Sociology and Anthropology at Colgate University. He is the author of A Share of the Harvest and Reason and Passion and coeditor (with Aihwa Ong) of Bewitching Women, Pious Men. 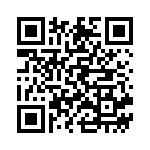