Page 6
Šumadija derives its name from the Serbian šuma , or woods , for at the turn of the nineteenth century , when its intensive settlement began , the entire region had a rich oak forest cover . Today only small scattered patches of the ...
Page 9
In Šumadija today , however , the latter are almost negligible . In the second and third centuries the neighboring region of Rudnik was an important Roman mining center and was relatively well settled . The Jasenica drainage basin ...
Page 290
Mome srcu najmilija , Jer je peva Šumadija . Šumadija , my birthplace , You are like paradise , Wonderful woods and mountains , And everywhere meadows and valleys . Handsome youths , from Šumadija , Handsome youths and pretty maidens . 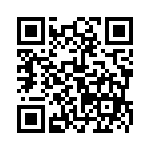