Swift’s The Battle of Books which is mainly an attack on pedantry. The piece was largely inspired by the desire to assist his patron, William Temple. Temple wrote an essay on the comparative merits of ‘Ancient and Modern Learning’. This subject was somewhat controversial in Paris which involved an uncritical praise of the spurious Epistle of Phalaris. As a result, Temple had drawn on himself the censure of William Wanton and Bentley. Swift in his The Battle of the Books treats the whole question with satirical humor.
The "moderns” took the position that the modern age of science and reason was superior to the superstitious and limited world of Greece and Rome. They held that modern man saw farther than the ancients ever could. The "ancients," for their part, argued that all that is necessary to be known was still to be found in Virgil, Cicero, Homer, and especially Aristotle.
The whole question is treated with satirical disdain. There were two tops to the hill Parnassus, the highest and largest of which had been in the possession of the ancients, while the other was held by the moderns. The moderns desired to bring about a reduction in the height of the point held by the ancients. The ancients replied that the better course would be for the moderns to raise their own side of the hill. To such a step they would not only agree but would largely contribute. Negotiations came to nothing, and there was a great battle. The ancients, under the patronage of Pallas are led by Homer, Pindar, Euclid, Aristotle, and Plato, with Sir W. Temple commanding the allies, the moderns by Milton, Dryden, Descartes, Hobbes, Bacon and others with the support of Momus and the malignant deity, criticism. The fight is conducted with great spirit. Aristotle aims an arrow at Bacon but it hits Descartes. Virgil encounters his translator Dryden.
In the cast of mock-heroic, the exploits of Bee and the Spider in the form of verbal duel are also given. A bee had become entangled in a spider’s web; the two insects quarrelled and Aesop was called in as arbitrator. The bee stands for the ancients; it gathers nectar from the flowers of the field and the garden, without any damage to them. The spider, like the moderns, boasted of not being obliged to any other creature, but of drawing and spinning out all from himself. The moderns produced nothing but satire and endless quarrels, much of the nature of the spider’s poison. This allegory was already somewhat old before Swift employed it, and it is a digression within the Battle proper. However, it also illustrates the theme of the whole work.
The moderns appealed for aid to the malignant deity Criticism. She had dwelt in a den at the top of snowy mountains, where there were spoils of numberless half-devoured volumes. With her were Ignorance, Pride, Opinion, Noise and Impudence, Dullness and Vanity, Positiveness, Pedantry and Ill-manners. Bentley was “the most deformed of all the moderns. The piece ends abruptly with the meeting of Bentley and Wotton with Boyle, who transfixes the pair with his lance. On the whole, the ancients have the advantage, but a parley ensues and the tale leaves the issue undecided. JM Levine offered an insight into the making of the age shedding light on all the issues of the epoch.
Dr V Pala Prasada Rao
JKC College, Guntur

A very good attempt by Levine to define the nature of this literary argument. But is it an improvement on what we know already from Guthkelch (1908) ? Hardly.To quote Bentley's own words, especially his rare ones, requires due care and attention. So on p.257 we find "defoederation" instead of the correct "defoedation", ironically a word introduced by Bentley to describe a serious defilement of literary usage.

Joseph M. Levine is Professor of History at Syracuse University. 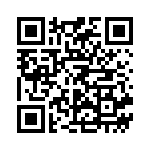