18 other sections not shown

Morton H. Halperin was a senior fellow at the Center for American Progress and is now senior adviser to the Open Society Institute. He directed policy planning staffs at the Department of State, the National Security Council, and the Department of Defense for Presidents Johnson, Nixon, and Clinton. Priscilla Clapp served nearly thirty years in government under six presidents, mostly in the State Department and overseas. Arnold Kanter is a principal and founding member of the Scowcroft Group. He has served in several capacities in government, including Special Assistant to the President and Under Secretary of State. 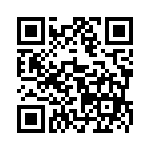