William Ramsey Clark was a lawyer, activist, and a federal government official. He was born in Dallas, Texas on December 18, 1927. He served in the marines as a courier as a courier in Europe in World War II. He was a graduate of the University of Texas. He earned his law degree and a master's in history from the University of Chicago. Under President John F. Kennedy, he was appointed an Assistant Attorney General, overseeing the Land's Division, 1961-1965 and went on to be Deputy Attorney General, 1965-1967. He served as the 66th United States Attorney General, 1967-1969, under President Lyndon B. Johnson. When Johnson left office, Clark went back into private legal practice. He represented the disadvantaged, unpopular causes and infamous people. He taught at Howard University Law School (1969-1972) and Brooklyn Law School (1973-1981). His books included Crime in America (1970), The Fire This Time (1992), Challenge to Genocide (1998), NATO in the Balkans (2000), The Impact of Sanctions on Iraq (1996), The Torturer in the Mirror (2010) written with Thomas Ehrlich Reifer and Haifa Zangana, and The Iraq Special Tribunal (2011) written with Curtis Doebbler. His awards and honors include the 1992 Gandhi Peace Prize, the 2008 United Nations General Assembly Prize in the Field of Human Rights and the Peace Abbey Courage of Conscience Award. In 1999, he received an honorary doctorate from Belgrade University. William Ramsey Clark died in New York City on April 9, 2021 at age 93. 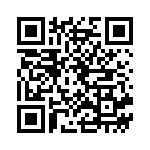