Page 191
Its plan consists of nave , north aisle , two south aisles , north transept , chancel , and vestry . The earliest work is the tower , which is transitional Norman ( temp . Henry II . ) . The western entrance is composed of a series of ...
Page 198
The piers of the north aisle , font , and much of the chancel are Norman ; the inner doorway of the porch , north doorway , and lancet window at the west end of the north aisle are Early English ; the tower and spire , the piers of the ...
Page 200
The piers and arches on the south side , and the walls and windows of that aisle , are of a late Decorated character , with a door still later , but of excellent composition and detail , though on a small scale . 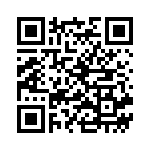