Page v - It is the function of the trustees to make possible the conduct of scientific research under the most favorable conditions, and to safeguard the independence of the research staff in the pursuit of their studies and in the publication of the results of such studies. It is not a part of their function to determine, control, or influence the conduct of particular investigations or the conclusions reached...
Appears in 128 books from 1913-1998

Ralph C. Bryant is a senior fellow and the Edward M. Bernstein Scholar in the Economic Studies program at the Brookings Institution. He has written numerous books and articles, including Turbulent Waters (2003). 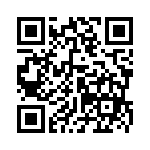