Page 31
Two at least of Frere's predecessors were of a literary turn . His great - grandfather , Edward Frere , was a Fellow of Trinity College , Cambridge , in the agitated time of Bentley . The grandson of Edward , and Hookham's father , went ...
Page 247
His father , Robert Crichton of Eliock , Dumfriesshire , was a serious lawyer , who from 1562 to 1581 shared with another the office of lord advocate , and in 1581 became a senator of the College of Justice . Aldus , repeating what the ...
Page 323
“ It concerns in the first place , " said her father grimly , " the character of a person whom I have regarded as a man of honour , and whom I have admitted to my house“ Who is it , father ? ” interrupted Beatrice eagerly . 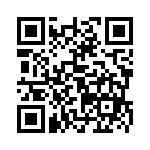