what a load of bunkum .

RODNEY WALLIS led the airline industry's efforts to combat terrorism aimed against civil aviation for 11 years, from 1980 to 1991./e As Director of Security for the International Air Transport Association, he served on ICAO's Panel of Aviation Security Experts. He drafted the Guidelines used by the world's customs authorities and established the basis for the industry's work in combating international drug trafficking. He is currently an independent civil aviation consultant. 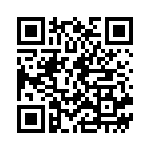