Page 119
His daughter Elizabeth ( afterwards Mrs. Yates , and the mother of the late Edmund Yates ) was one of the leading stars , and she became , according to Mr. John Hollingshead , “ the most pleasing and effective melodramatic actress of ...
Page 407
Also the political Intrigues of the late King of Sardinia , containing an Account of the ill Treatment of Mr. Phelippeaux the French Ambassador at the Court of Turin . Translated from the French , by J. Sparrow , Gent .
Page 439
It was here , too , nearly a century ago , that the Turkish army was sent to operate against that dangerous rebel , Ali Pasha of Joannina , and here , after the late war , the disbanded soldiers seemed likely to revive the classic days ... 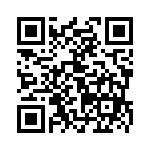