Barbara Yorke is Professor of Early Medieval History at King Alfred's College, Winchester. She has worked widely on topics relating to Anglo-Saxon England, but has a particular interest in the history of royal houses and the kingdom of Wessex. Previous books include Kings and Kingdoms of Early Anglo-Saxon England (1990) and Wessex in the Early Middle Ages (1995). She is currently working on the topic of conversion and the early medieval royal courts. 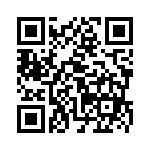