Terrorism & Invisible Balance of Power
In his book, “Invisible Balance of Power, US vs Islamic Militants: Dangerous Shift in International Relations”, published in 2005, Sajjad Shaukat has taken present ‘different war’ as an interaction of ‘state terrorism’ led by the United States and the ‘group terrorism’ by the Al Qaeda or Islamic militants. It is notable that a number of authors have written books about the 9/11 tragedy, but ground realities developed in accordance with the book. After seeing the main title, some people think that the book is against the US or its western allies, but without any prejudice, he has discussed both the sovereign and non-sovereign entities on parallel lines in this research-based book. On the one hand, he has pointed out Al Qaeda’s ambush attacks, targeted killings, beheadings etc., while on the other, he has mentioned special operations by the US forces in Afghanistan and Iraq, and CIA-tortures cells in various Islamic countries. In this regard, missile strikes by the drones on Pakistan’s tribal areas and elsewhere amounts to state terrorism, which are being responded by the internal backlash…suicide attacks and hostage-takings by the Muslim radicals. Shaukat has proved that both the warring parties kill innocent civilians through ruthless terror.
Giving a number of references of the power-theorists like Machiavelli, Hobbes, Morgentahu etc. Shaukat has written that power factor or use of forces has failed in this different war which took origin from the privileged and unprivileged status quo led by the most developed states and the less developed countries respectively.
Besides, Shaukat has introduced new ideas about the issues relating to the Islamic ideology, Jehad, liberalism, Western world, terrorism, causes of suicide attacks etc.
Particularly, future observations of the author like a prolonged war, failure of military paradigm by the state actors in coping with the non-state actors, increase in US cost of war, rise of more terrorism, unsuccessful mission of NATO in Afghanistan, plane plot in UK, international financial crisis, warlike situation between America and Iran, Syria and Israel including other developments have proved correct.
Shaukat also gave positive suggestions to the US, but President Obama did not act upon them. Therefore war on terror has resulted into more implications as already predicted by the author. For example, he elaborated that Al Qaeda fighters have been creating economic instability in the world through their subversive acts, giving a blow to the larger economies of the US and the developed nations.
The book indicates that realism (power factor) must be reconciled with idealism, which is essential for world peace and geo-political interests of the US-led developed countries and those of the small countries by reforming the system of the UN.
It is due to the present scenario of war against terrorism—which already pointed out by the author that the publisher reprinted the book after seven years.
Main Title: Invisible Balance of Power
Author: Sajjad Shaukat -ISBN, 9690019589
Published by: Ferozsons, 60 Shahrah-i-Quaid-i-Azam, Lahore, Pakistan
Date of Publication: 2005
Pages: 245
Price: Rs. 495
Reprinted in 2013, Price: Rs. 595
Publisher’s Email: support@ferozsons.com.pk
www.@ferozsons.com.pk
Telephone: 0092 42 35712024
0092 42 35712276
Author’s Email: sajjad_logic@yahoo.com

Invisible Balance of Power Remains Applicable
Reviewed by Zaheer Ud Din
Despite their weak position, non-state actors, popularly called Islamic militants have counterbalanced the power of the US-led powers, which have been facing a stiff resistance across other parts of the world in general and Afghanistan in particular. Unlike war against terrorism, the author; Sajjad Shaukat calls invisible balance of power by which he means that just like the system of balance of power, sub-national groups are checking the hegemony of the United States, most powerful state on the earth. Just as the ex-president Bush had named it a ‘different war’ against the militants, the author also proves it as a different balance of power. Failure of the US and its allies in coping with the non-state actors itself verifies the existence of invisible balance of power though different in action, but has the potential of creating a balance of power in a vacuum which emerged after the disintegration of the Soviet Union, when no major country or alliance of states had checked the world dominance of the sole superpower.
The author discusses the past theories of the political philosophers, and applies them to the ongoing different war which took origin from the privileged and unprivileged status quo led by the most developed states and the less developed countries. Sajjad elaborates that when political and economic injustices of the US-led powerful states rendered the governments of the small states helpless and when coercive diplomacy continued on the weak countries, the non-state actors started organizing themselves against America and its supported sovereign entities…which resulted in a different style conflict. Since 9/11, while pointing our various developments in the world such as invasion and occupation of Afghanistan and Iraq, stiff resistance of the Islamic radicals there through bombasts and suicide attacks…as also noted in Uzbekistan, Philippines, Yemen and Saudi Arabia from time to time, the author has logically proved that both the sovereign and non-sovereign entities mostly use invisible tactics, ultimately causing panic in the respective societies. Besides ambush attacks and brutal acts by the Islamic insurgents, he equally explains the special military operations of the US and NATO forces and targeted killings including similar pattern by other state actors in the occupied territories of Kashmir, Palestine and Somalia. While giving examples of these small states, particularly Afghanistan and Iraq, the author indicates that “moral force” of Muslim militants has rendered the superior “physical force” of the US troopers obsolete because the holy warriors take a minimum amount of physical force and convert it to maximum amount of power due to the psychological impact by demoralization.
Sajjad has taken present ‘different war’ or ‘terrorism’ as an interaction of state terrorism led by the United States and the group terrorism by the Al Qaeda or Taliban. In both cases, innocent civilians become targets of ruthless terror. In this context, missile strikes by the CIA-operated drones on Pakistan’s tribal areas and elsewhere amounts state terrorism terrorism, which are being responded by the internal backlash…suicide attacks and hostage-takings by the militants.
Title: US vs Islamic Militants, Invisible Balance of Power: Dangerous Shift in International Relations
Main Title: Invisible Balance of Power
Author: Sajjad Shaukat -ISBN, 9690019589
Published by: Ferozsons, 60 Shahrah-i-Quaid-i-Azam, Lahore, Pakistan
Year of Publication: 2005
Pages: 245
Reprinted: 2013
Price Rs. 595
Publisher’s Email: support@ferozsons.com.pk
www.@ferozsons.com.pk
Author’s Email: sajjad_logic@yahoo.com 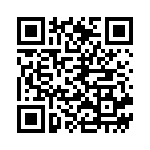