Paul Frymer is associate professor of politics and director of the Legal Studies Program at the University of California, Santa Cruz. He is the author of Uneasy Alliances: Race and Party Competition in America (Princeton). 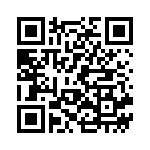