Ronald Bruce St John is a scholar of Libya, having consulted to ABC's 20/20, the New York Times, Fortune 500 companies, and the U.S. government.
Now an analyst for the progressive think tank Institute for Policy Studies, he has also served on the advisory board of The Journal of Libyan Studies and the Atlantic Council's working group on Libya. A former military intelligence officer in the US army, he is the author of Libya and the United States: Two Centuries of Strife and Qaddafi's World Design: Libyan Foreign Policy, 1969-1987, among other books. 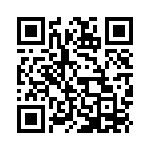