Dr Ajey Lele is a Senior Fellow at the Institute for Defence Studies and Analyses (IDSA), New Delhi, where he also heads the institute’s Centre on Strategic Technologies. He began his professional career as an Indian Air Force Officer and took early retirement (retiring as a Group Captain) to pursue his academic interests. He holds a Master’s in Physics, as well as a Master’s and MPhil in Defence and Strategic Studies, and completed his doctorate at the School of International Studies, Jawaharlal Nehru University (JNU), New Delhi. Dr Lele has contributed articles to various national and international journals, websites and newspapers. His book publications include Strategic Technologies for the Military (Sage), Asian Space Race: Rhetoric or Reality? (Springer), and Mission Mars: India’s Quest for the Red Planet (Springer). 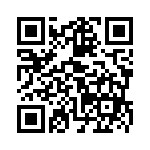